A whole year has now passed since I set my goals for 2011 and as such its time to wrap up and have a look back how I did.

Complete work on our house

As far as the year as a whole this has been mostly successful. The house has come such a long way that I’m truly blown away with how homely it is and how much I love what the Badja and I have done to the place. Sadly we didn’t complete all the works (carpet, downstairs loo) as we run out of cash. These items are still on the list though and will certainly be being passed onto the 2010 Goals list

I’m an awful human being, really I am. I haven’t done this (again). This will also be being added to the 2012 list but I may up the anti somehow to make sure that this does get completed (at least once).

As per the last update I’ve actually put on a stone this year… FAIL!

I made a good start to this goal and got some sketches together including this one of a manga-esq Badja. I’d really like to have done more but as you will see later some other things came up requiring more urgent attention.

Although I didn’t actually release a WordPress theme into the repository my Responsive TwentyTen plugin has now been mentioned across tens of WordPress blogs and was also mentioned in one of the talks at WordCamp UK 2011. I also made several other WordPress themes for bespoke projects.

So I’ve been playing a fair amount with Android and have started work on an app for Forrst as well as playing with the NFC functions and more camera interaction. No app was officially released into the marketplace… so a partial success here I think.

Get listed in the next Web Designers’ Ideas book

This was always going to be a stretch goal… and sadly as at this time I think it’s out of reach.

Get drafted to Dribbble

Yup, we can tick this one off. One of the kind Dribbblers recruited me following my submission of some design work as well as some begging and pleading. You can check out my Dribbble work at http://dribbble.com/toddhalfpenny

As well as all these goals I planned for myself several other things of note occurred in 2011 which should probably be mentioned here.

Launch of Designs and Such

Some time back in September whilst holidaying in Falmouth The Badja had the idea to start up an online craft business. It would focus on home-made craft items and craft kits supplying folks with designs, materials and all the other bits they need to create their own pieces. From the inception we duly started work on the business plan and all the other things needed to get this up and running.

On November 21st Designs and Such launched running on a WordPress site built by me and co-designed with The Badja.

9 months have now passed since I set my goals for 2011 and so it’s time for another update… of dear!

Well that’s it I think for this quarter.

It’s been 3 months since I laid down the goals for 2011 and as such I thought I’d give a quick update on the progress (or lack of). 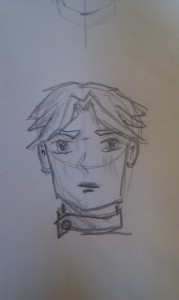 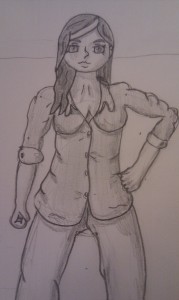 So, there we are… a real mixed bag of “failure”, “mixed fortune” and “success”… couldn’t really ask for more I say.