After another favourable month in the meetup calendar, I was again available to get along to the WordPress London meetup, and boy was it a stonker.

The meet was held again at City University, who have been incredible venue sponsors of the meetup for ages, and who’ve agreed to keep up the sponsorship deal until the end of January 2018… bloomin’ good folk they are.

And speaking of sponsors, I should also mentioned that Gary and Dan announced that WP Engine have just agreed to a 12 months sponsorship renewal… so huge thanks to them also, and of course to SiteGround who sponsored the June event too.

The meetup was taking on a new format this month, and the first change was the expanded section on announcements within the WordPress community. I’ll just bullet the key notes here;

Also, here are some upcoming events…

The Role of Page Builders for Developers – Doug Belchamber

This first talk came from Doug, who works for Smarter Digital, and focused on his history with Page Builders, and how his opinion has changed over time, right up to the 2nd-gen page builders of today.

He told us how they’ve evolved, from the times of using shortcodes, and widgets, and then ACF. From these building-blocks came, what Doug refers to as, 1st gen page builders. These 1st gen incarnations had a few weak spots. They weren’t great at showing how content was going to be rendered on the front-end, their performance was questionable, and then if you disabled them you were left with what Doug refers to as shortcode hell. These thoughts and anecdotes appeared to ring true with many attendees… there were a lot of burnt fingers.

He then talked about Beaver Builder, one of a current raft of plugins that he classes as 2nd gen page builders. This part was thoroughly enlightening… he talked through how he uses it in his workflow, as a developer, and how you can create modules for it, configure it dramatically via its powerful API, and handle user access.

Now, I can certainly see myself as one of these devs who instantly feels a bit nauseous when page builders are mentioned, but Doug has done them proud with this talk… go watch it now.

This next slot was incredible… Dan and Gary made a real steal in getting hold of this chap to talk through the updates to WordPress that dropped in version 4.8.

OK, I’m kidding… it was me doing a brief lightning talk as part of the new format of the meetup. I don’t want to big myself up too much, but if you want to know about the new Widgets then checkout the slides, or video of the talk.

Next up was Anthony, talking through his pseudo ORM for WordPress, WP_Model, and open source project designed to provide a better method for handling posts using a simple OOP style syntax. 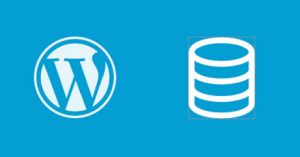 I made so many notes on this, as it was truly fascinating. WP_Model can be thought of as cake, or Laravel, if you’re familiar with such things. Anthony started the project to abstract the way he had to deal with multiple tables in the WordPress database when building apps with WordPress as a Backend. He was having to use wp_post and wp_postmeta tables, but with WP_Model he was able to create an abstraction of the data. He had several goals for his project, they included;

Anthony also mentioned some generic benefits of re-using WordPress as the backend for your project. Things like its popularity and community, and from those the vast repository of plugins.

There were loads of great examples in Anthony’s talk, so I strongly suggest you check out the following links;

Well what can I say… GO CHECK OUT THE VIDS OR BE SQUARE.

Seriously, do it now… Doug and Anthony are aces!

And so are Dan, Gary and Annabelle, for organising another great meet. Thanks too to City University, WP Engine and SiteGround, for sponsoring.

Next meet is booked in for the 27th July, RSVPs open right now, too.